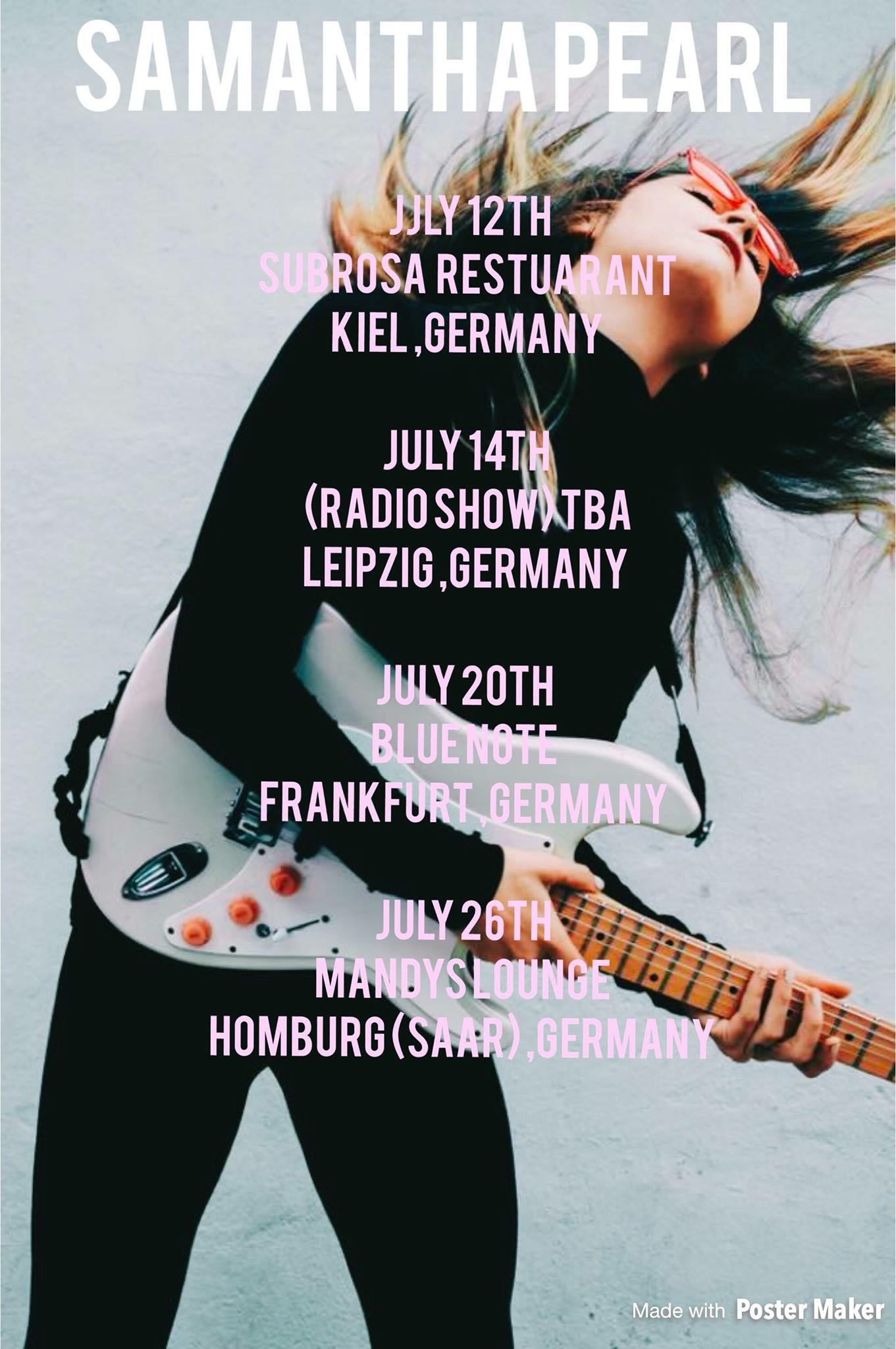 Samantha Pearls (Los Angeles, CA) first guitar, a scaled-down children’s model, was a gift at age 5 but she acknowledges without irony that she didn’t become committed to the guitar until 10. Between music, drawing and painting classes, and a mother who didn’t want her to compromise her life for a career she didn’t want, she realized early on that she was the artistic type.

“I developed very disciplined habits. Instead of partying as a teenager, I’d be playing guitar for hours,” she says. “I’d go to shows and then come home and play more. That’s how I chose to prioritize my art.”

The result is a fantastically full musical presence, demonstrating competency with and without a pick, on electric or acoustic, a polished style that clearly came from much practice and further developed on the streets.

Influenced by Billy Holiday,Muddy Waters,Jimmy Reeds,Peggy Lee
her music is rooted in between different genres like soul, indie, folk.